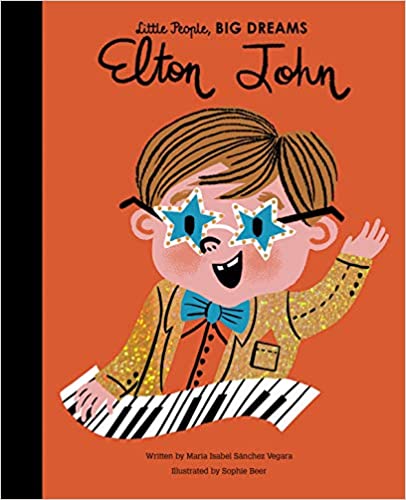 This massively popular chilren’s book series explores the lives of some of the most influential figures in history.

As a child, Elton started playing his grandmother’s piano in Harrow, London. He could pick tunes out by ear and was soon attending lessons at the Royal Academy. After answering an advertisement in a newspaper, Elton teamed up with a lyric-writing buddy: Bernie Taupin. The rest was history. Elton’s songwriting talent, musical skill and dazzling outfits have made him one of the all-time greats.